From Rejected to Restored: A Dory Joseph Success Project 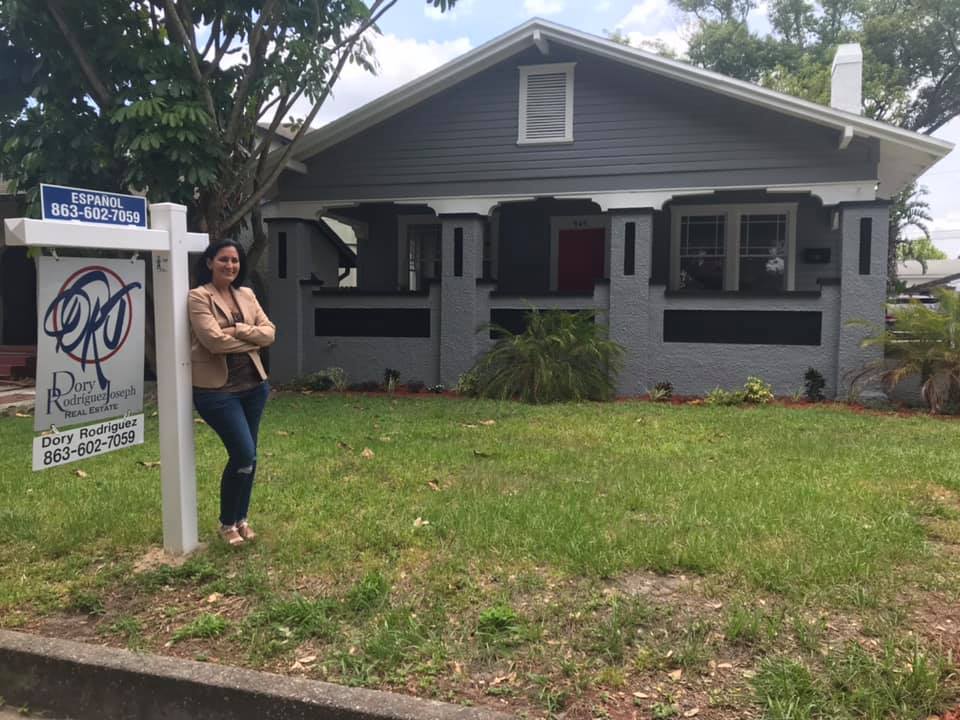 Ugly. Unwanted. Awful. Waste of time and money. Damaged beyond repair. Not worth it. Impossible. These were the words that came to mind for many people who passed by 945 Success Avenue. This neighborhood eye sore had found itself being the subject of scorn by most onlookers. Even the neighbors often remarked, “I wouldn’t touch that place with a 10-foot pole.” This house, which was built in 1922, had survived a long history of neglect and abuse, and over time had begun to outwardly display the internal turmoil that had been brewing inside. So often people would look at this house and immediately make up their mind about it—that it was far beyond the point of saving and it just was not worth the investment. Moreover, families looking at a different home along that street would end up crossing that location off their list as they did not want to even live on the same road as such a detestable place. This house which had once been beautiful and desired was now reduced to being the thing that everyone despised and rejected.

This is where James and Dory Joseph came on to the scene. It all started one day when James Joseph had been driving down Success Ave and had caught a peripheral glimpse of this historic house. He jerked to a stop, backed up, and gave it a second look. A long, hard, contemplating look before pulling out his phone and calling his wife, who is the broker of DRJ Real Estate, to tell her they may have found their next flip. The Josephs, who are well experienced in the house flipping business, were the first to admit they had their doubts and concerns in the beginning; however, they were also the first to really see the value and potential this house had to becoming someone’s perfect forever home. So, with a lot of prayer and a huge step of faith, they embarked on a 17-month long journey of putting their time, money, sweat, tears, love, heart, and soul into restoring and renovating this house to being a place worthy of residence.

Dory Joseph, a woman who is well able to not only rise to a challenge, but triumph over it in victory, began her creative process of designing the changes and improvements the house would soon undergo. Her background in architectural design and accounting better equipped her to fuel her creativity in a way that would ensure the best possible outcome. Of course, this process was not an easy one, but rather one filled with many sleepless nights, moments of second guessing of herself, having to obtain permits from the city, spending days scrubbing stains off of walls, dealing with contractors, drawing and redesigning plans, measuring and more measuring, dreaming and persevering, and so on. Dory’s heart was to preserve as much of the historic look as she could and to also to give it the modern twist that most people like to see in their homes today. She managed to convert this 2/1 house into a 3/2 without ever taking away from its original structure. The home, being that it was quite a party house back in the 1920s, originally had one long entertainment room in the front for dancing, the dining room in the center of the home, followed by a butler room and kitchen toward the back of the house. Dory Joseph brilliantly redesigned the layout of the house to have the kitchen and family room both be in the front, added a wall in the middle of the butler room to make one side be a brand-new bathroom and the other side to be a laundry room fitted with the original swinging door, and converted the old kitchen area to be a third bedroom with a spacious walk-in closet. She also added in a wall in the hallway, between one of the bedrooms and the original bathroom, to close up the bedroom and bathroom together, so that it would be one complete master suite. The house still has both the original windows and the beautiful Tiger Oak wood floors intact, just fully restored. When asked, she stated that her biggest concern was how people would receive the idea of the kitchen being in the front. She explained, “Because this home was originally a place for entertainment, my design for the kitchen and family room being together in the front still maintains this purpose, as much of today’s entertaining happens in either one or both of these rooms.” Fortunately, her mind was put at ease when the majority of the people who saw the finished home absolutely loved the concept. Dory Joseph succeeded in her efforts to preserve precious history as well as give this home a much-needed touch of contemporary class. Ultimately her hard work, passion, and willingness to do what it takes to see this place be transformed produced forth impressive and awe-inspiring results. She had done the impossible! This house which usually left people wondering how anyone could live there, had now become the new standard of excellence on the block.

Through various conversations with Dory Joseph, she often spoke of how the restoration of this home and its process reflected the way Christ restores us as a person. There are so many people out there who feel exactly the way this home once looked. Ugly. Unwanted. Waste of space. Unworthy. Damaged beyond repair. Hopeless. Unlovable. Rejected. These are just some of the unkind words people think and feel about themselves. They believe they are a lost cause. They are convinced that no one sees them, wants them, loves them, or cares for them. They look in the mirror and see themselves as someone who is worthless, and that the things they have been through in the past have now ruined them beyond restoration. All of these are lies whispered in their ears by him who seeks to steal their joy, kill their hope, and destroy their soul. The longer a person believes these lies, the more bound they become in their spirit, and the more bound they become, the more their actions and attitudes bend to the will of that which rages inside of them. They, like the house, begin to outwardly display their internal chaos. This can lead to not only people rejecting them, but them choosing to distance themselves from their family, friends, and community because they do not want to be hurt. Only when they allow a new owner to come into their heart, that is Jesus, can they undergo their own process of restoration and transformation. The process may not be easy. It definitely will not be quick. There might be several walls that need to be broken down, a reconfiguration of the thought patterns one is used to, stubborn areas that need to be dealt with, much like the stains in the house that Dory spent days scrubbing clean, and lies that need to be stripped of their power by the truth of God’s Word. As heart-wrenching as it might be at times to allow Christ to work this process out in our lives, it is worth it to emerge as a brand-new creation. Redeemed. Restored. Made whole. Set free. Beautiful. Accepted. Loved. Seen. Wanted. Chosen. Created with intention and purpose. Worthy. These are only some of the names God calls us as His beloved son or daughter.

Only the Potter knows what the clay will look like when He is finished with it. Only the Architect has the entire picture of what His design will look like when it is complete. Only the Creator knows the plans and purposes that will come to fruition through our willingness to walk this journey of transformation with Him. In the same way that 945 Success Ave reflects Dory Joseph’s vision and creativity, we too, will reflect the heart and work of the Holy Spirit in us when we allow Him to take up residence in our hearts and grant Him ownership over our spirits. When asked if she thought the total cost she invested was worth it, Dory Joseph replied, “Yes. Having been in the real estate business for nearly 20 years, I have seen firsthand that value is defined by how much a person is willing to pay for something. My husband and I were willing to put our all into this flip because we saw the potential it had, and we knew someone else would also see its value.” Jesus was willing to pay the ultimate price for our souls. Our value was determined on the Cross when He paid in full with His life. He counted us as worth the cost and only He can rebuild our brokenness into something beautiful.

Dory Joseph is a real estate broker with almost 20 years of experience and holds a dual bachelor’s in architectural design and accounting. If you need any of her real estate services or advice on home renovations and house flips, don’t hesitate to contact her. Her kind heart, creative spark, eye for innovation, excellent negotiation and communication skills, resourcefulness, and eagerness to give back to the community are only some of what makes working with her an incredible experience. 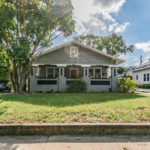 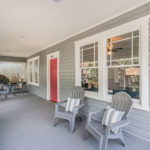 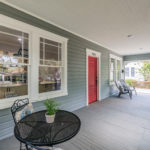 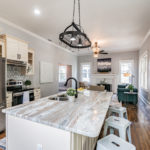 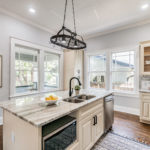 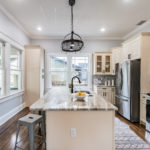 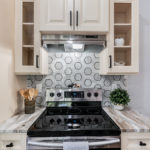 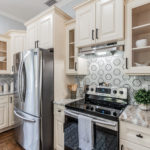 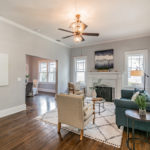 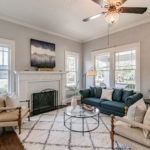 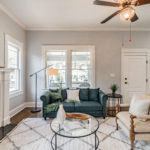 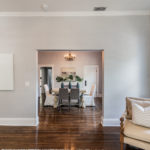 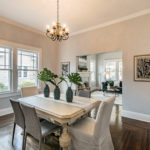 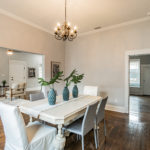 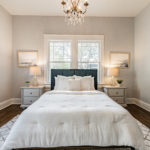 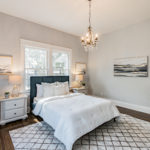 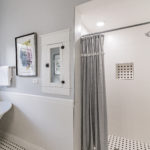 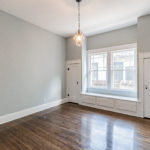 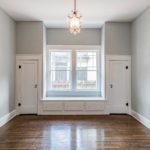 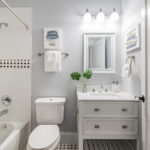 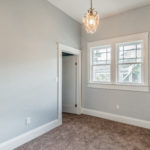 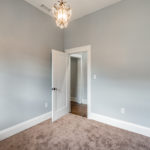 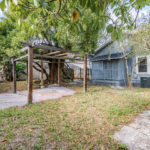 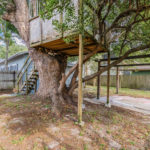 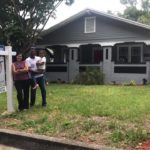 Call to Find Your Dream Home Search Through Our Lisitings

Your future home awaits you!